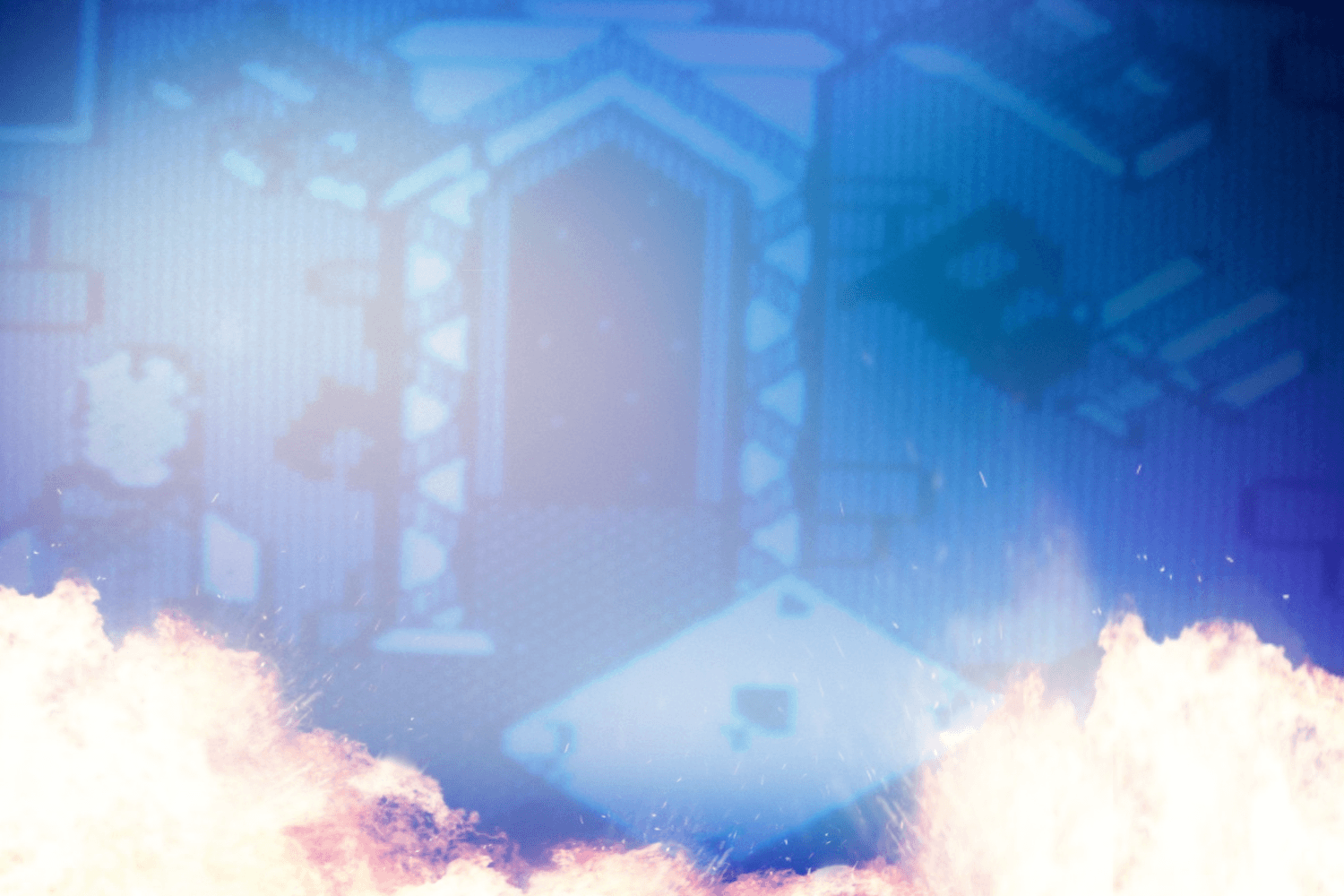 OF KINGS AND CASTLES 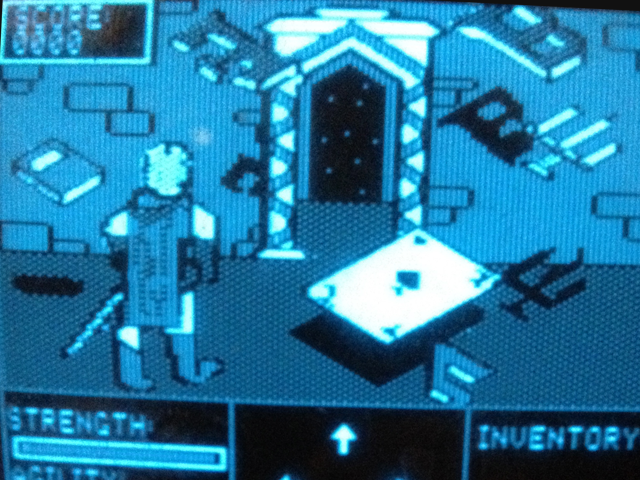 Decent graphics if you squint. 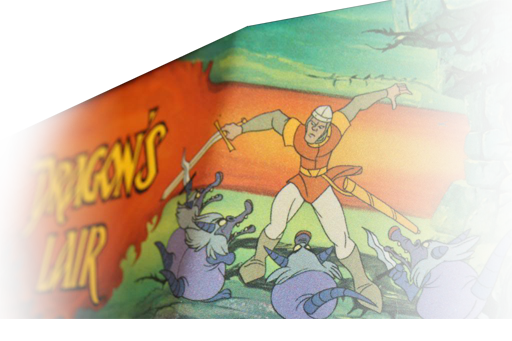 If you saw Dragon's Lair when it first hit the arcade, it changed you. They had to rope off areas where it was for crowd control.

Lair's hook was it's full-motion feature film style animation and soundtrack no one had ever seen in an arcade game, and with some limited controls let the player control the action.

I didn't play Lair, I studied it. Through hundreds of hours here is my Lair-inspired castle crawler, but mine had something theirs didn't- an inventory of weapons and objects you could use. 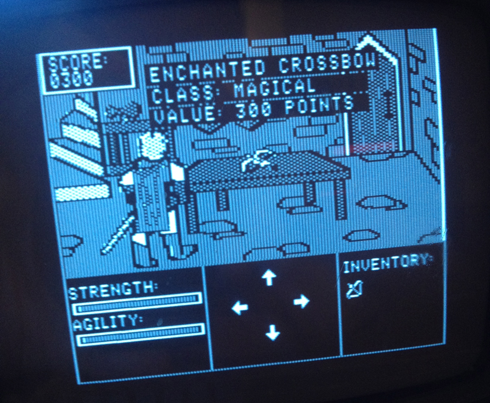 I did the art with paint programs and wrote my own paint program to do the fine detail pixel work. This took longer but had a way better look than the blocky paint we were used to. 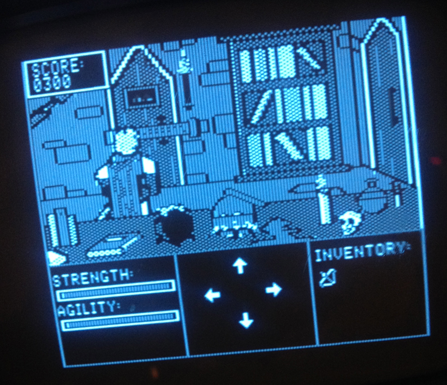 The shading you see on the eyes of the big monster locked behind that door is actually the refresh rate off the monitor in this photo, out of sync with the draw speed of the animation (before I knew how to vblank). 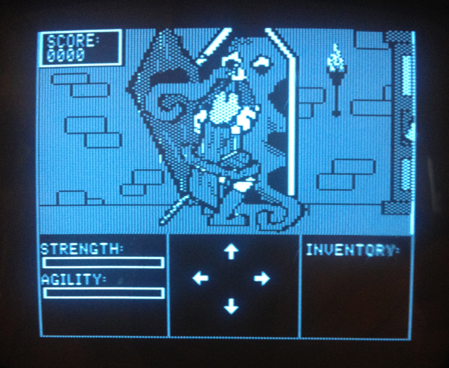 The crossbow is no match for the squid monster thing.

But it needed sound, and the capabilites of the main board were shit.. I needed something better.

Imagine a game that shipped with a box of disks, a cassette tape and a tape deck. There had to be a better way.

Keep in mind this was 1985. There were no engines, no soundcards and essentially no memory (and sound eats memory like candy) but it was these constraints that made you think how to use what you had in a way that was in itself creating its own look and feel. 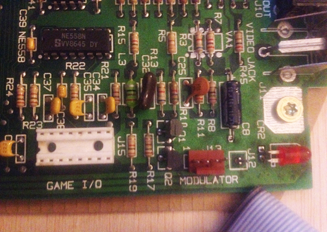 The Apple had a game port on it, this was reserved for connecting controllers like joysticks and paddles through a 16-pin IC socket. These pins would read changes from the controller and by polling these bit registers you could control things on screen like a racecar or whatever. But the cool (and pretty much not widely known) thing was that by setting these annunciator bits high instead of low in code, the corresponding physical pin on the board would output 5 volts DC, enough to drive an LED.

And if it could do that, it could also drive a relay.

I recorded the music for each scene on a tape, and built a small circuit that controlled the power to a tape deck to turn it on or off by wiring up a 555 timer IC, a power supply and a relay.

When you got to that key point in the story the program would set that pin to high, closing the relay and the tape deck would play the music/sound mix for that scene when you eventually got to it, then stop when the scene completed. So if you die, hit rewind.

The game spanned 16 disks, double-sided. Imagine buying a game that shipped with a box of disks, a cassette tape and a tape deck. There had to be a better way; and there was, it just hadn't been invented yet. 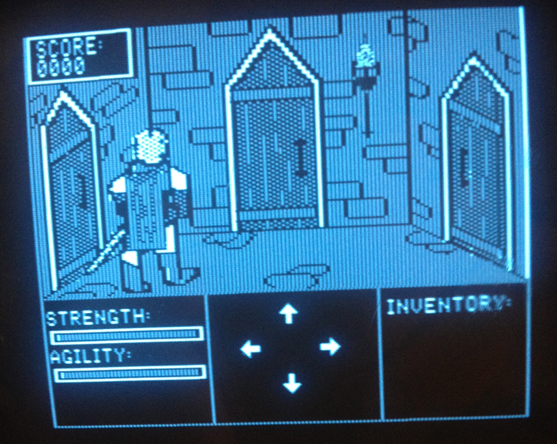 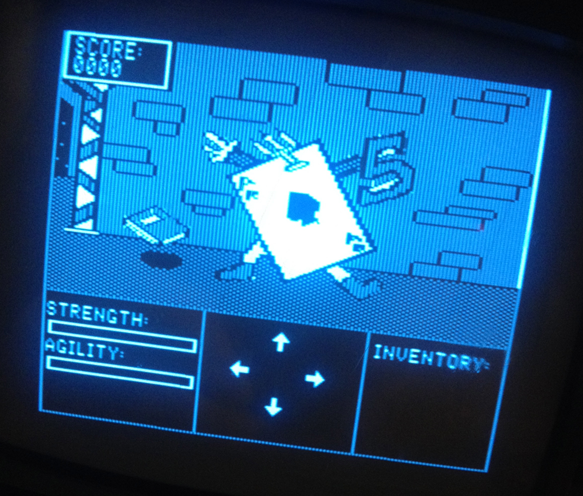 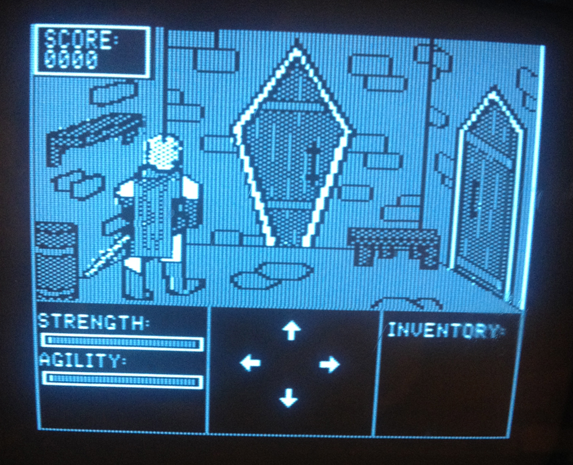 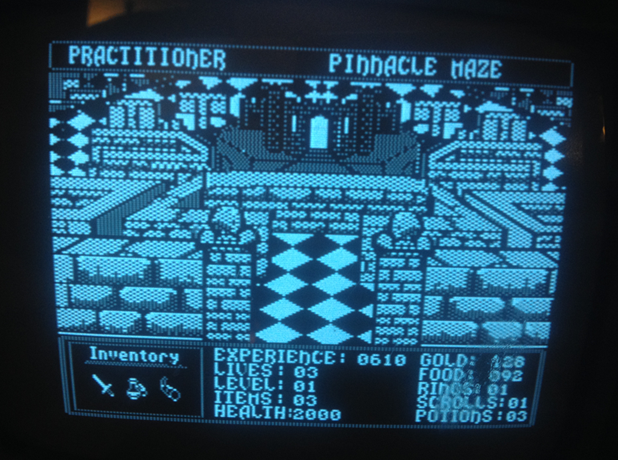 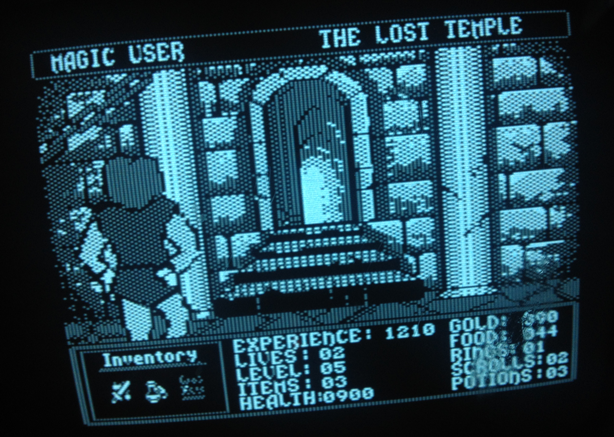 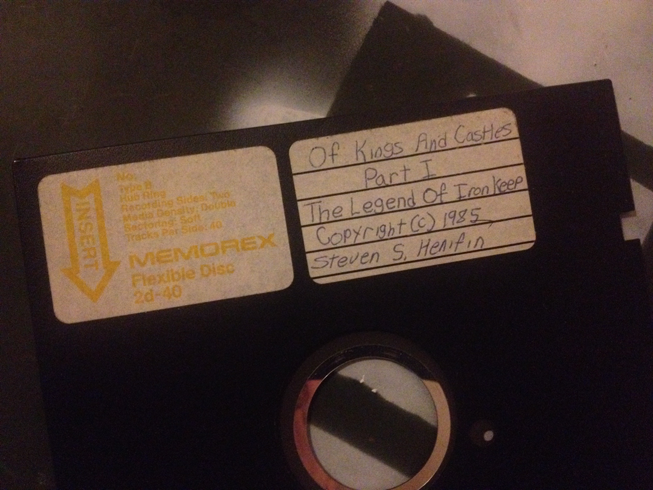 The amazing thing is that years later I ended up working with the lead animator of Dragon's Lair while we were both working on Aladdin for the SEGA Genesis. What are the odds of that?